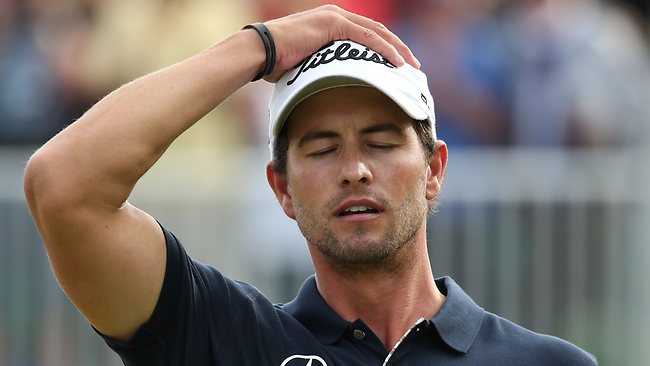 How many times have you witnessed the heartbreak of an athlete faltering at a crucial moment?  The painstaking drama of the moment can be excruciating to watch, particularly when the athlete is at the height of their career or even worse, an athlete you coach.  At these times, the terms choking or panicking are thrown around loosely to label the underperformance of the individual or team.  But what do these terms mean?  Is there a difference between them?  And can anything prevent an athlete from choking?

In ‘What the Dog Saw’, Malcolm Gladwell has a thought-provoking chapter on The Art of Failure.  In this section he discusses the difference between the behaviour, brain processes, and psychological studies related to choking and panicking.  This article will focus on some of the best bits from this chapter, and aims to give some insight into how to lessen the likelihood of choking or panicking come competition day.

Choking is one of the biggest fears for many athletes in competitive sport and is often perceived as worse than a loss.  There are numerous examples I could use to demonstrate choking at a high level; but it seems cruel to single out any more than Gladwell already has (most notably Greg Norman in 1996 or Jana Novotna in 1993 and more recently Adam Scott).

Choking is essentially caused by thinking about the outcome rather than the process, which causes the explicit learning system to control your actions.  Explicit learning is when you consciously acquire a skill.  When you first learn to throw a ball you usually think about the skill in a basic, mechanical and considered way.  Position your feet, rotate your shoulders, draw your arm back, feel the weight of the ball, point your finger and the list goes on.  In contrast, implicit learning can be seen as learning outside awareness.  It is the subtle nuances in force and fluidity, touch, timing, and accuracy that you develop as your ability grows.  High Performance Athletes have exceptionally developed implicit learning systems.  Roger Federer’s ability to place a shot with perfect precision just over the net is an excellent example of a well-developed implicit system.

However, in highly stressful competitive situations, it is the watching crowd, the extreme pressure to win the championship or medal, and the fear of making a mistake which causes an athlete to choke.  The brain can become so obsessed with this one thought, or focus point, that it reverts to depending on the explicit system to complete the skill.  As many athletes have not depended on the explicit system since childhood, they have essentially regressed to a beginner status.  This is why when an athlete is ‘choking’, you will be able to notice their accuracy and ability to exert the right force is reduced.

This is contrary to panic, which is less likely to occur to athletes at an elite level.  When panicking, stress can erase short term memory.  Many people recall in times of panic that they could not think properly, and rely on their instincts. Experienced people fare better in moments of panic, as they can calmly rely on their long term memory to guide them through the skill.  In sport, when an elite athlete panics, they can rely on their vast experience, which is why panicking can be less detrimental at a High Performance Level, than choking.

So what can be done to manage choking or panicking in sport?  The solution for panic is quite simple.  Practise really does make perfect or close to it.  The more experience that is accumulated for any skill will help in a situation of potential panic.

Choking however is a lot harder to avert or counteract.  This is why people are morbidly fascinated when it occurs at the highest level.  Gladwell quoted of Novotna’s loss “The only thing that could have saved her is if- at the critical moment in the third set- the television cameras had been turned off, the Duke and Duchess had gone home, and the spectators had been told to wait outside.”

However there is evidence that an athlete’s ability to remain aloof from distraction and guided by their implicit system could be improved by a holistic word cue.  In 2008, Gucciardi and Dimmock from the University of Western Australia conducted a study on ‘Experienced Golfers’ Perspectives on Choking Under Pressure’. Their research uncovered several interesting observations about the phenomenon of choking.  By concentration on a single word that summarized their intended performance (e.g.  Strong or fluid) the Golfer’s fared much better.  This allowed them to focus on the overall process rather than the outcome. Because these words are positive and simple enough not to be distracting, they can prevent overanalyses on distracting aspects of performance (like the exact position of your wrists for example), and this allows the performance to come more naturally.

The concept of positive holistic single word cues is similar to the third step in the Four Step Plan designed by the US Navy Seal’s for Mental Toughness.  As discussed in our article about my experiences on their Training Day, their Four Step Plan consisted of:

To sum up, the reason choking is so devastating for an athlete is because to some degree it is unpreventable as you can not simply “train harder” to prevent it.  Given you cannot train physically to prevent it, and a small deviation in concentration at the wrong moment could destabilize your performance completely, it brings us back to an original question we often direct towards elite athletes from every sport.  How much time have you dedicated to your “mental preparation” this week?  Sport at the highest level is largely a mental challenge.  The physical challenge of competing is not as tough as the physical training, but the mental challenge increases exponentially.  Which is why Malcolm Gladwell sees it like this:

“Choking is a central part of the drama of athletic competition, because the spectators have to be there- and the ability to overcome the pressure of the spectators is part of what it means to be a champion.”