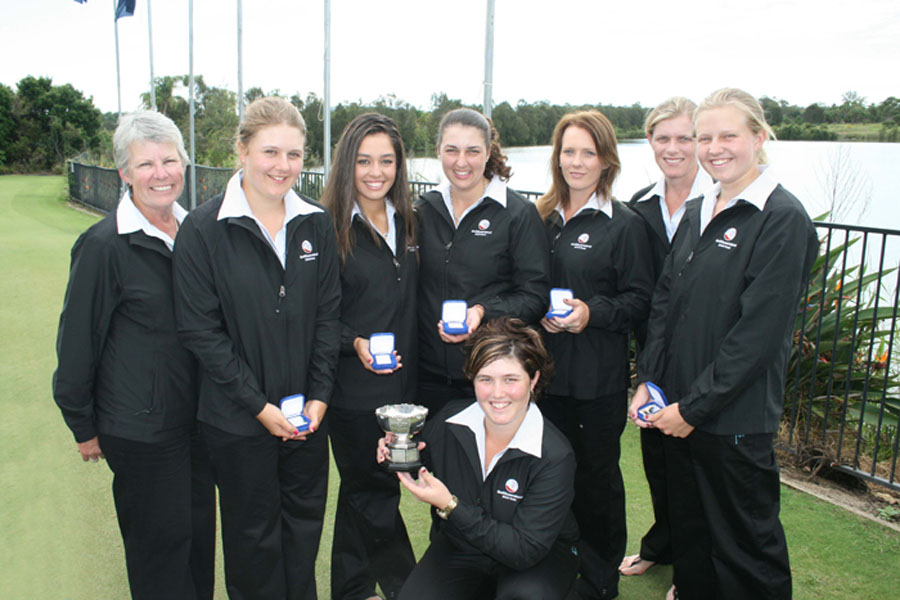 The Golf Queensland Junior State Girls team of which I am the coach competed in the Australian Junior Stroke play Championships and also the Burtta Cheney Interstate Teams event.  Both tournaments took place at Carbrook Golf Club.  The stroke play tournament was our lead in tournament for the Interstate Series and all of the girls performed exceptionally well.  All of the competitors representing Golf Queensland made the 36 hole cut and 3 of the team members finished in the top 15.  It was a terrific effort from all players in very testing conditions.

Sunday saw the first match of the Interstate Series.  Our opponents were South Australia and our team really produced their best to beat them 5 – 0.  It was just the start that we needed and put us in a great position going into day 2.  Victoria and New South Wales were our day 2 opposition and after 5 very competitive contests against Victoria we held out for a strong win 4 – 1.  New South Wales for our afternoon match on day 2 was always going to be a difficult task, but the team was ready to perform and compete.  The team continued to apply pressure and after some fantastic golf was played Queensland came away with a win 3.5 – 1.5.  The last day’s play was going to be a very challenging match against Western Australia.  Queensland was in a comfortable position only having to win 1 contest to win the series, but stranger things have happened.  Our goal was to go through the series undefeated and although that wasn’t to be and we lost to Western Australia 3 -2 the team defended its title and was again the champions of the Burtta Cheney Interstate Teams event.  With some outstanding individual performances the Golf Queensland Team did their absolutely best during the series.  I am exceptionally proud of them not only as talented athletes but also as very individuals.  They are a credit to their family, friends and golf clubs.  It was my pleasure to be part of this group and hope that they continue to follow their passion whatever that may be.  Special thanks must go to Carbrook Golf Club, Royal Pines Resort Mark Gibson’s Exceptional Golf and Riverlakes Golf Club all of which had a special part to play in the preparation of this team.  It is very much appreciated.  Thanks must also go to Indooroopilly Golf Club who supports me unconditionally during this period also.